Arrgggh, swab the deck matey, and hoist the anchor! It’s time to make this cute paper bag pirate puppet and create your very own puppet show. Make this ornery little sailor and create a few more seamen (or even a parrot) to round out the crew! 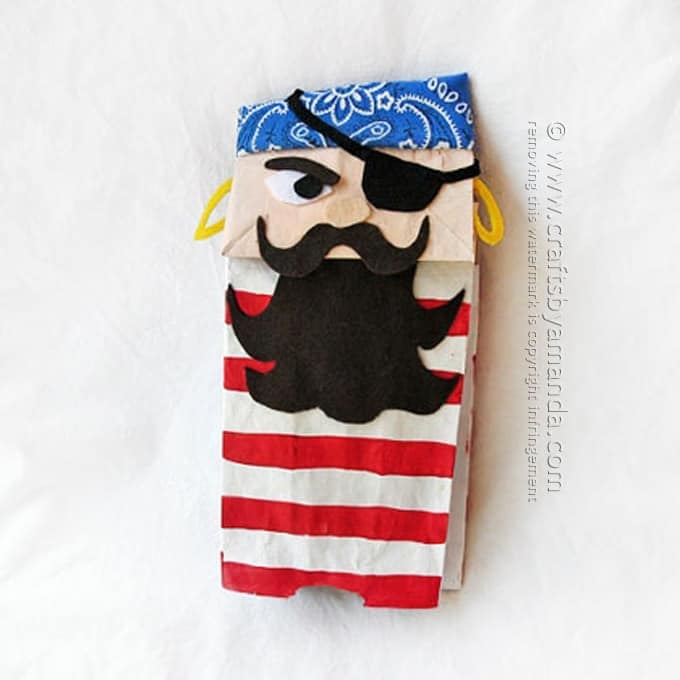 For added fun, glue two construction paper arms to the side of your pirate puppet and connect hands to a long dowel. Carefully move dowel up and down to control arms. To make a happy pirate puppet, glue the eyebrow in an upward slant instead of downward. If you prefer, you can replace the felt in this project with construction paper.

You will need THIS PATTERN for this project.

Amanda Formaro
Amanda Formaro is the crafty, entrepreneurial mother of four children. She loves to bake, cook, make kid's crafts and create decorative items for her home. She is a crafting expert and guru in the kitchen and has appeared online and in print publications many times over the years. She is also the editor for the Home & Garden channel at Craft Gossip and owner of FunFamilyCrafts.com.
Latest posts by Amanda Formaro (see all)
31shares
« Cardboard Tube Gnomes for Christmas
Ugly Sweater Ornaments » 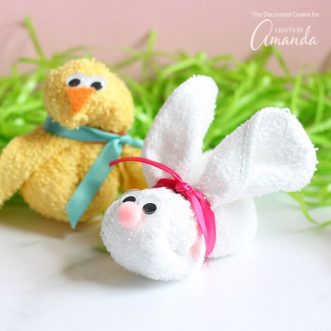