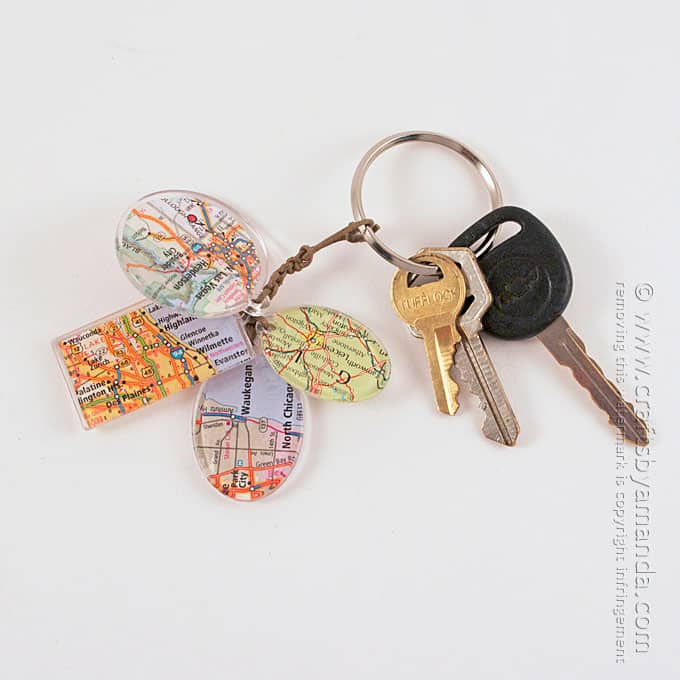 I often have a hard time coming up with Father’s Day and birthday gift ideas for my husband. He’s a mechanic, so many of the traditional cards and gifts out there won’t work for him as they are geared around the office or wearing a tie. In fact, that’s why I made this Blue Collar Uniform Shirt Card several years ago, because the Internet was seriously lacking in the blue collar sector. Not all dads wear ties to work. :)

Yesterday while making projects in my craft room I was trying to come up with ideas when it suddenly hit me. I have lots of maps and road atlases sitting around, so I decided that I would create some charms that represented where everyone in our immediate family was born. My husband was born in Waukegan, Illinois and I was born in Leicester, England. Two of our children were born in Highland Park, Illinois, while the other two were born in Henderson, Nevada during our years there. So I found those cities on the maps that I had and created this fun and unique keychain that is specific to him, to us. I’m saving it until Father’s Day, but this would also make a great Christmas gift, wedding gift or anniversary gift. 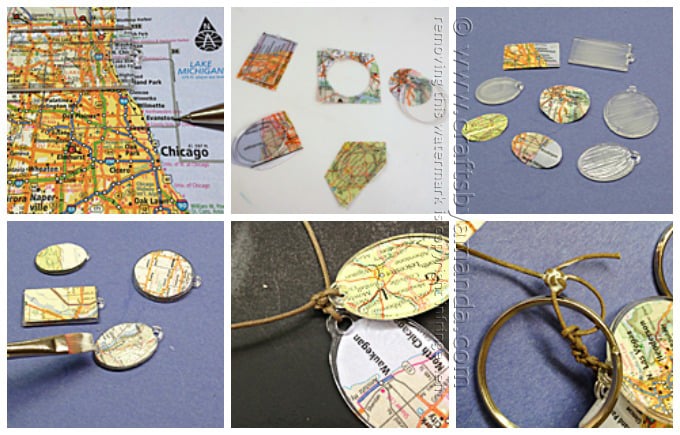 If you preferred, instead of birthplaces, you could use places you have traveled to or where you met and got married. There are lots of possibilities! I used Mod Podge Acrylic Shapes

, which I love for keychains and magnets!

Another great project, especially for the car lover in your life, is this Mod Podge Photo Collage Clipboard. 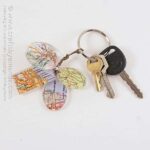 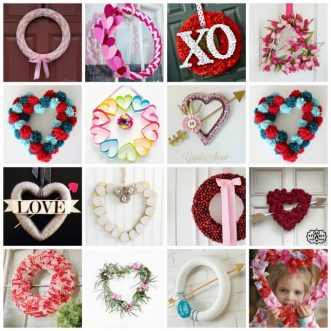