You are here: Home / Craft Tutorials / Crafts for Kids / Other Kid's Crafts / Creative Ways to Ask a Date to Homecoming or Prom
0shares

I have four kids, currently aged 15 through 22. I’ve seen my fair share of proms and homecomings. I’m even the proud mama of a Prom Queen! My daughter, now 20 years old, attended three proms and at least a couple homecomings. My 17 year old went to his first prom last year. In fact, I was away at a blogger conference when he went. He promised to send me a picture from his cell phone before they left. When I received it, right in the middle of a session, I started to cry. I was so upset that I wasn’t there to take the picture myself, but he looked so happy I couldn’t feel sad for long.

And now my youngest, a sophomore in high school, is going to his first Homecoming dance with his girlfriend. But did you know that things are different now? It’s no longer assumed that your girlfriend will go with you unless you ask her! And you must ask creatively. :) 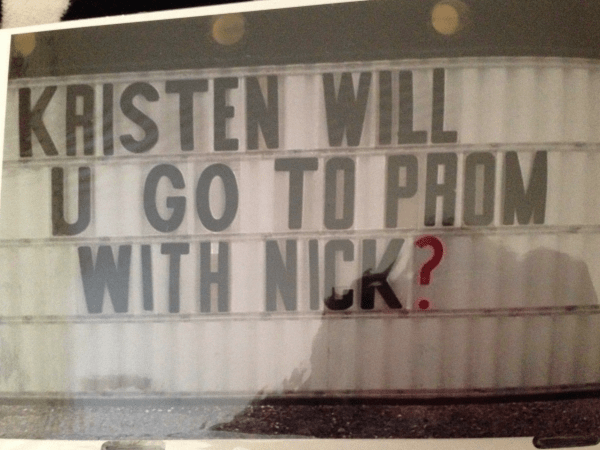 Here are a couple of ways my kids have participated in this fun tradition in past years:

And, now of course this year Dominic needed a creative idea. We talked about a few different things, but nothing was really clicking. Then we saw this and changed the words around a little bit to come up with his version. 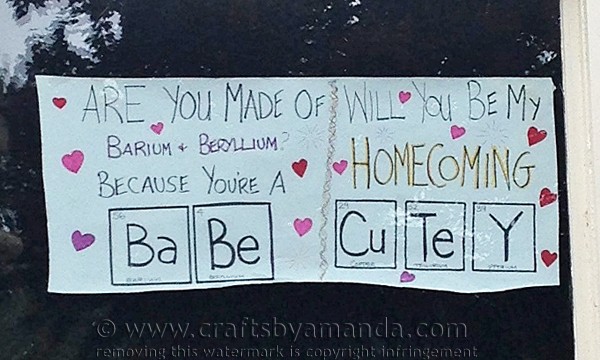 I use big rolls of white paper as backdrops for my craft photos, so I pulled off a sheet and we went to work with nothing more than Sharpies and a ruler. His girlfriend said yes, so it was all worth it. ;-) What creative ways have you or your kids used to ask a date to a dance?

Here are some more ideas you may find helpful

Amanda Formaro is the crafty, entrepreneurial mother of four children. She loves to bake, cook, make kid's crafts and create decorative items for her home. She is a crafting expert and guru in the kitchen and has appeared online and in print publications many times over the years. She is also the editor for the Home & Garden channel at Craft Gossip and owner of FunFamilyCrafts.com. 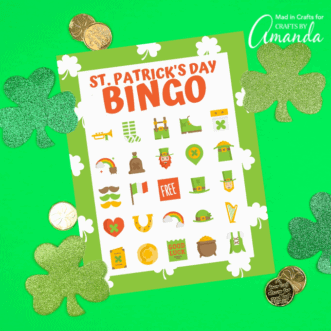