Craft Tutorials | Holiday Crafts | Christmas Crafts | Pinecone Snowman
918 shares
5 from 6 votes
This adorable pinecone snowman ornament is fun to make, and it makes a great gift! You can skip the hanger and display him on your mantel if you prefer.
Jump to Project 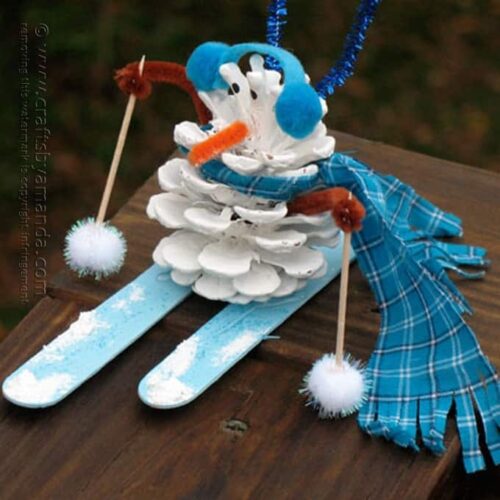 I made this adorable pinecone snowman several years ago when I was working for a website called Kaboose. Isn’t he cute? I love that he looks like he’s skiing downhill when he hangs from the tree because the weight of the pine cone pulls the front of his body down forward. 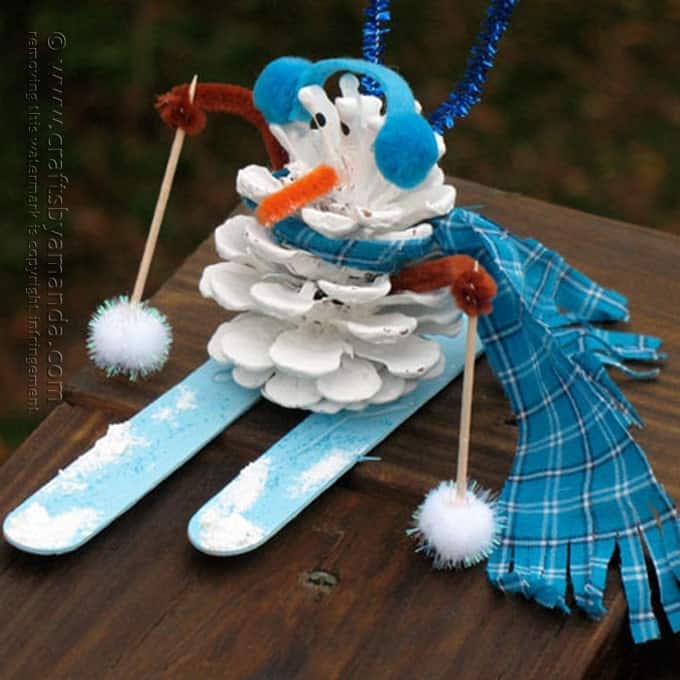 Back in 2006 I started making crafts for a Canadian company called Kaboose. A good friend of mine from my webmaster days referred them to me and they gave me a “test” assignment. I revamped (used instructions from their website and made the crafts and photographed them) some projects for them and they said if those went well they would hire me to do more. It did go well and they did hire me. Three years later, in early April of 2009 it was announced that Disney bought Kaboose. Then in early 2011 all freelancers for Kaboose were let go and Disney restructured, ending my 5-year, 500-project stay with them. The Kaboose site went dormant for awhile, but in October of 2013, after several months of working with Disney to correct projects of mine that had been migrated to Spoonful, they hired me again.

Things had come full circle. That lasted until June of 2014 when the decision was made to close Spoonful and eventually migrate everything to other Disney properties. At the end of September 2014 Spoonful went offline and all links were redirected to the Disney Family website. However, Disney Family only houses crafts that are Disney specific. So literally hundreds of my projects fell into Internet limbo. Disney is currently working on migrating those projects to a different site. Until then, you can find this cute guy here. 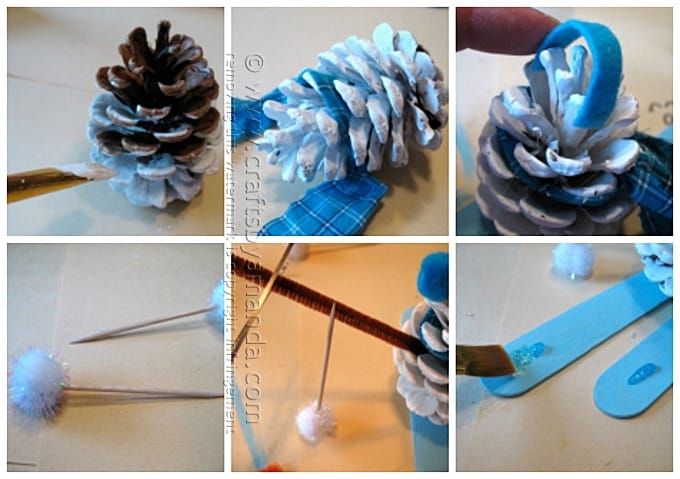 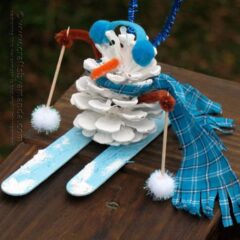 This adorable pinecone snowman ornament is fun to make, and it makes a great gift! You can skip the hanger and display him on your mantel if you prefer.

We don't recommend hot glue for this project as it doesn't hold as well as white glue. You can use something like E6000 or Beacon's instant grab glue as well.

Amanda Formaro
Amanda Formaro is the crafty, entrepreneurial mother of four children. She loves to bake, cook, make kid's crafts and create decorative items for her home. She is a crafting expert and guru in the kitchen and has appeared online and in print publications many times over the years. She is also the editor for the Home & Garden channel at Craft Gossip and owner of FunFamilyCrafts.com.
Latest posts by Amanda Formaro (see all)
918 shares 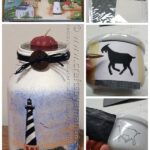 How to Use Transfer Paper

Ask any tole painter what transfer paper is ... END_OF_DOCUMENT_TOKEN_TO_BE_REPLACED 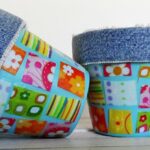 I like to buy those colorful fat quarters ... END_OF_DOCUMENT_TOKEN_TO_BE_REPLACED 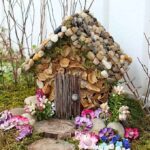 I've been operating out of my studio for over ... END_OF_DOCUMENT_TOKEN_TO_BE_REPLACED 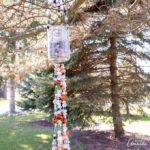 I'll show you how to make this beautiful ... END_OF_DOCUMENT_TOKEN_TO_BE_REPLACED

I originally made these epsom salt luminaries ... END_OF_DOCUMENT_TOKEN_TO_BE_REPLACED

Doilies are dainty, burlap and twine are ... END_OF_DOCUMENT_TOKEN_TO_BE_REPLACED

These colorful Halloween luminaries are made ... END_OF_DOCUMENT_TOKEN_TO_BE_REPLACED

I love working with deco mesh. You can see evidence of ... END_OF_DOCUMENT_TOKEN_TO_BE_REPLACED

Make pretty winter luminaries that appear to be covered ... END_OF_DOCUMENT_TOKEN_TO_BE_REPLACED

I'm going to show you how to make these adorable ... END_OF_DOCUMENT_TOKEN_TO_BE_REPLACED